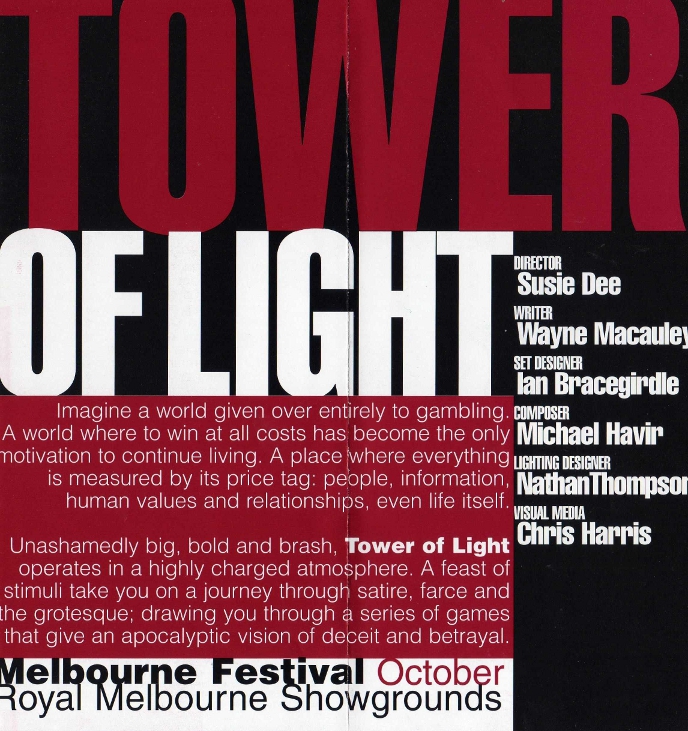 Created by ICE (the Institute of Complex Entertainment) and produced by Melbourne Workers Theatre, Tower of Light was performed at the Royal Melbourne Showgrounds as part of the 1999 Melbourne International Festival of the Arts.
Tower of Light was an enormous collaborative project, developed over a period of two years with a creative team of writer, director, designer, composer, lighting designer and visual media designer. The performance itself, in an empty cattle pavilion at the Showgrounds, involved on any given night over 100 participants: professional actors and musicians, a large-scale puppet troupe, a Vietnamese youth theatre group, a disabled theatre group, a teenage dance troupe, a community choir, a council brass band, Big Issue vendors plus dozens of technical crew and volunteer helpers.

Tower of Light was a satire on a very large scale, at a time when not only the government of Victoria but many other governments around the world were becoming transfixed by and ultimately dependent on the gambling dollar. A new casino had just opened in Melbourne and according to the government of the day the money flowing from it would fix our economic woes. Then-Premier, Jeff Kennett (ousted from office in a crucial by-election the day after the show opened), had declared the new casino to be 'a beacon of light'.

The production, played in a broad burlesque style, explored the idea of the stockmarket (and the global capitalist system) as a casino, where  adrenalin and greed rule. A young couple are plucked from the audience to play a sophisticated game of chance - they lose, go into debt, are stripped of everything and eventually forced to fight for their lives. The Tower of Light was a place of dreams, where all was speculation and nothing was 'produced'.

'gigantic… sophisticated… brilliant and satisfying. Festival shows are meant to be challenging
and extreme and Tower of Light is a rare extravagance.' - The Age 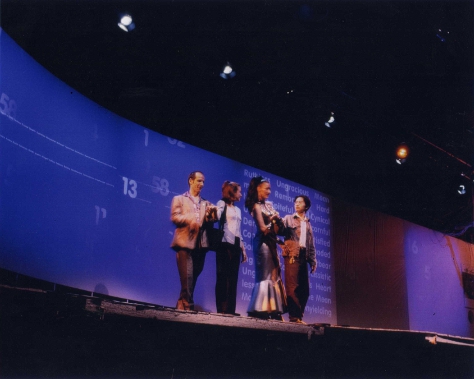 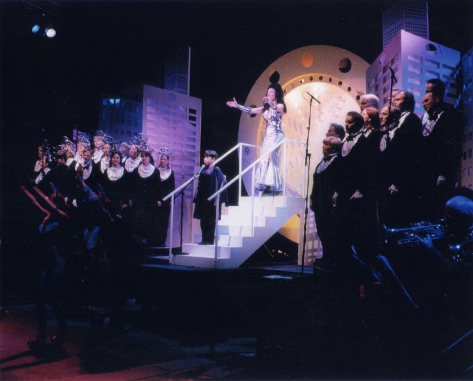 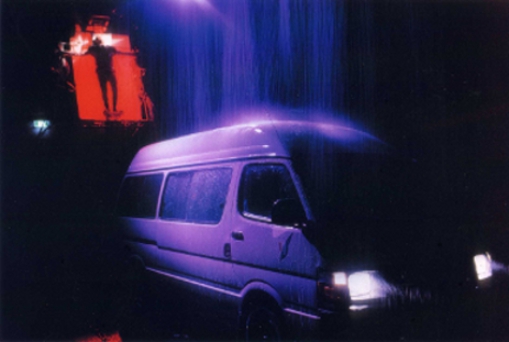